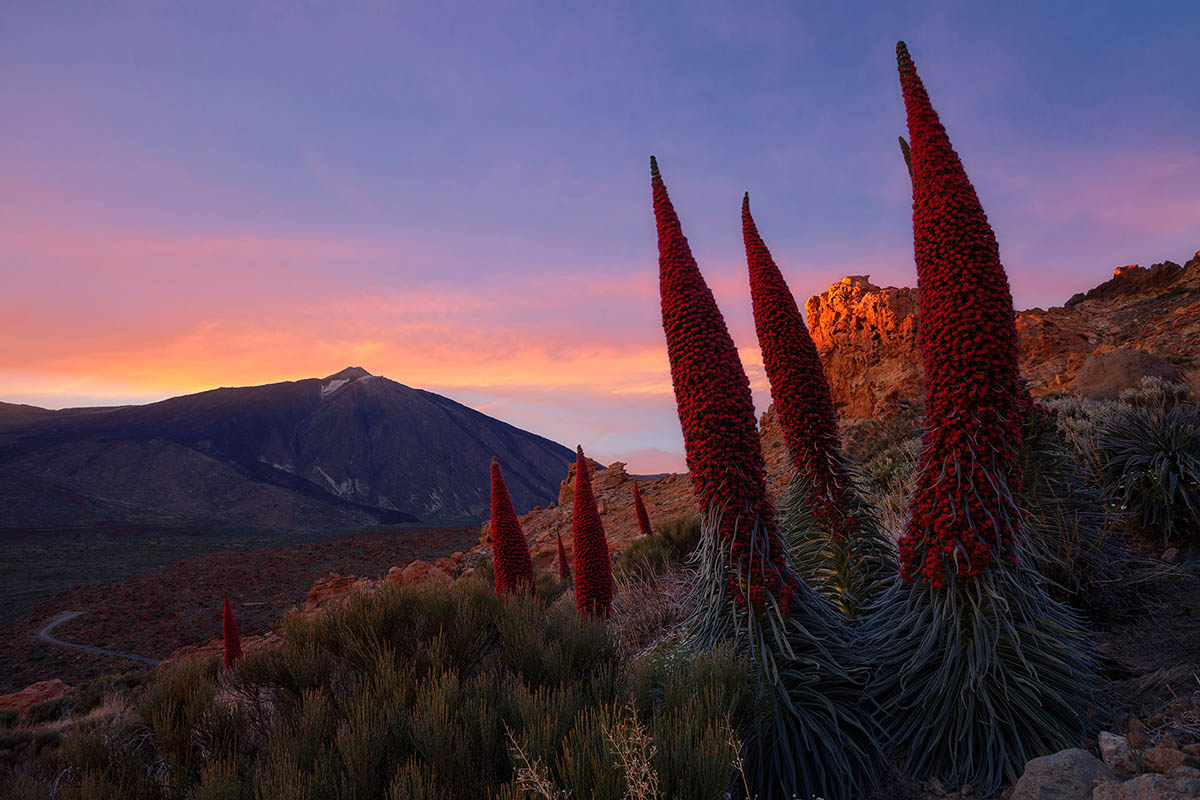 Tajinaste rojo (the Spanish name for the Echium wildprettii) is a biennial plant that grows up to 3 metres and is endemic to the island of Tenerife. It is found mainly in Las Cañadas del Teide National Park.

This is a combination of 3 exposures blended by hand to create a scene that I feel best represents what I saw. In the background of this image you can see Mount Teide, the highest point in Spain and the third highest volcano on a volcanic ocean island.