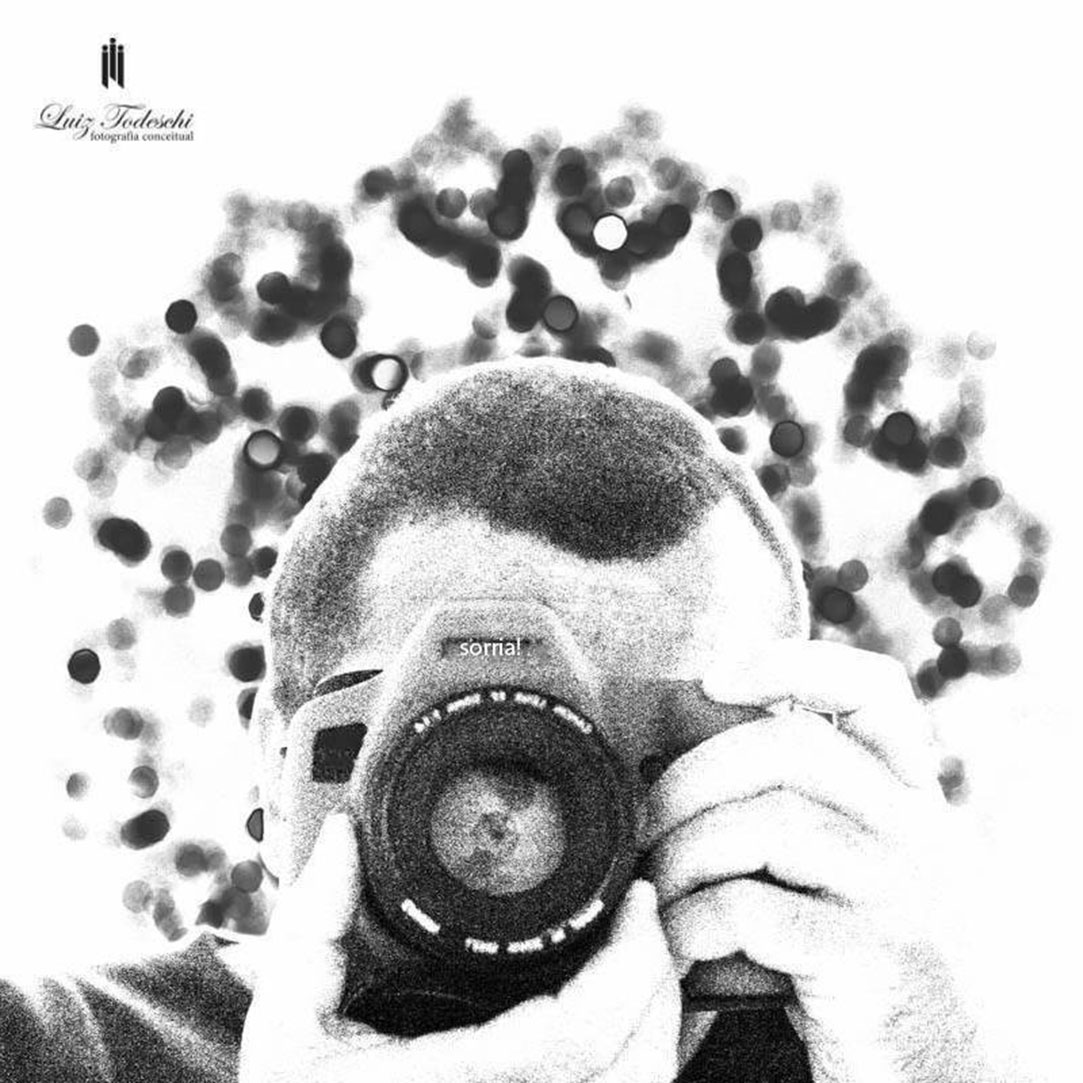 In his visceral photography he proposes to reveal the light and all the nuances that originate from it. He believes that everything in planetary existence is composed of photons. And without the photons, there would be no life or even photographic art. In order to honor and thank the light that everything is, and everything transforms, immersed in the universe of the valorization of this Cosmic expression. His photograph is full of colors, contrasts, geometric forms, decisive moments and still very marked by an own authoral language; Luiz Todeschi seeks to value the elements of nature and good human relations. Believes in the power of visual narratives. It has been expressing itself in the visual arts and photography through an unparalleled sensitivity. He opted for a purist photograph with little digital intervention. In his delivery to photographic art, magic is often revealed to him through metaphysical manifestations that configure him in various situations of his works.Swamy Prabodth Awadian - Spiritual Guru and friend

IMAGE TAKEN TO SERIOUS.Seeking the improvement and immersion in the visual and photographic culture, I started my studies at the Portfolio School of Photography in 2012 and later I opted for the Superior Course in Photography Technology at Positivo University under the coordination of Professor Fábio Muniz, having concluded in 2015. Both in Curitiba- Pr. From then to here I live and breathe the world of visual arts and imagery 24 hours a day.LOVE IS THE MOVEMENTIn this time that I am dedicated to photographic and commercial photography I have been fortunate to have participated and even won, or status among the finalists, in some national and international photo competitions, among which;- APAVE Contest Portraits of Brazilian Nature - 2013, 2014 , 2015 and 2017,- Photo Team Romania's Decisive Moment in Eastern Europe 2015,- Konzepto Urban Group 2016 Global Competition,- Contest of Roda de Fotógrafos "What Moves You" 2016,- Among other highlights on the world wide web.PARTICIPATION IN CATALOGS AND EXHIBITIONS- Collective Exhibition Atelier Urban Fractions 2014- Retrahere Exhibition of the Photo Club Network at the Photography Museum of the City of Curitiba 2014- ECAV - Contemporary Exhibition of Visual Arts of APAP 2015 at the Memorial of the City of Curitiba- Ablepsia Exhibition at the Photography Museum of the City of Curitiba 2015- Inclusion of the Work "Female Soul" in the Catalog of the International Biennial of Curitiba 2015- Corpus Exhibition at the Photography Museum of the City of Curitiba, 2016- Exhibition and participation of the Book Wall Visual Walls of APAP 2017- Exhibition (Collective Call) Galeria Airez 2017- MY BRAZIL Edition FranceCollective Exhibition of Photographers Brazilian ArtistsMay 25 - June 1, 2018Instituto GALERY 7 - Paris - France-- MY BRAZIL Edition Porto AlegreCollective Exhibition of Photographers Brazilian Artists - Edição POAGaleria Espaço André Paulo Franck - Clube de Cultura - Porto Alegre RS - BrasilOctober 5 - November 4th 2018