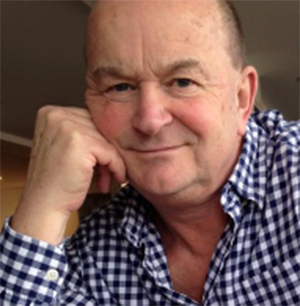 I trained as a pilot at the Royal Air Force College Cranwell flying jets and qualified as a captain on Wessex search and rescue helicopters in the Gulf. My professional future however, was destined to be firmly back on the ground…In 1976 a chance introduction to Julie Andrews’ husband film producer Blake Edwards really kicked off my interest in photography after he invited me onto the set of the Peter Sellers’ now classic film ‘The Pink Panther Strikes Again’ at Shepperton Studios. Stills photographer David Farrell further fired my enthusiasm when, during a break in filming, I was offered a short photo shoot with leading fashion model and ‘Bond girl’ actress Maud Adams. From that moment on art and photography have always played a major part in my life.I live in Devon in the beautiful southwest corner of England and have now left commercial photography behind but further my creative interests by producing small sculptural assemblages and three dimensional collages in addition to my creative Limited Edition prints. Most of my artworks employ vintage found and forgotten objects from the Victorian and early 20th Century periods to which I have been able to give new life and meaning.  I get huge enjoyment out of creating these one-off, whimsical pieces created from discarded, found or unwanted elements which are then woven into my re-imagined world.For my manipulated images I usually shoot basic high resolution photographs, remove unwanted and otherwise distracting elements and then add various textures and more ‘appropriate’ elements to achieve simple but highly visual artworks. I only offer very Limited Editions of my work to keep it relatively exclusive and most pieces are restricted to between 10 and 20 copies.