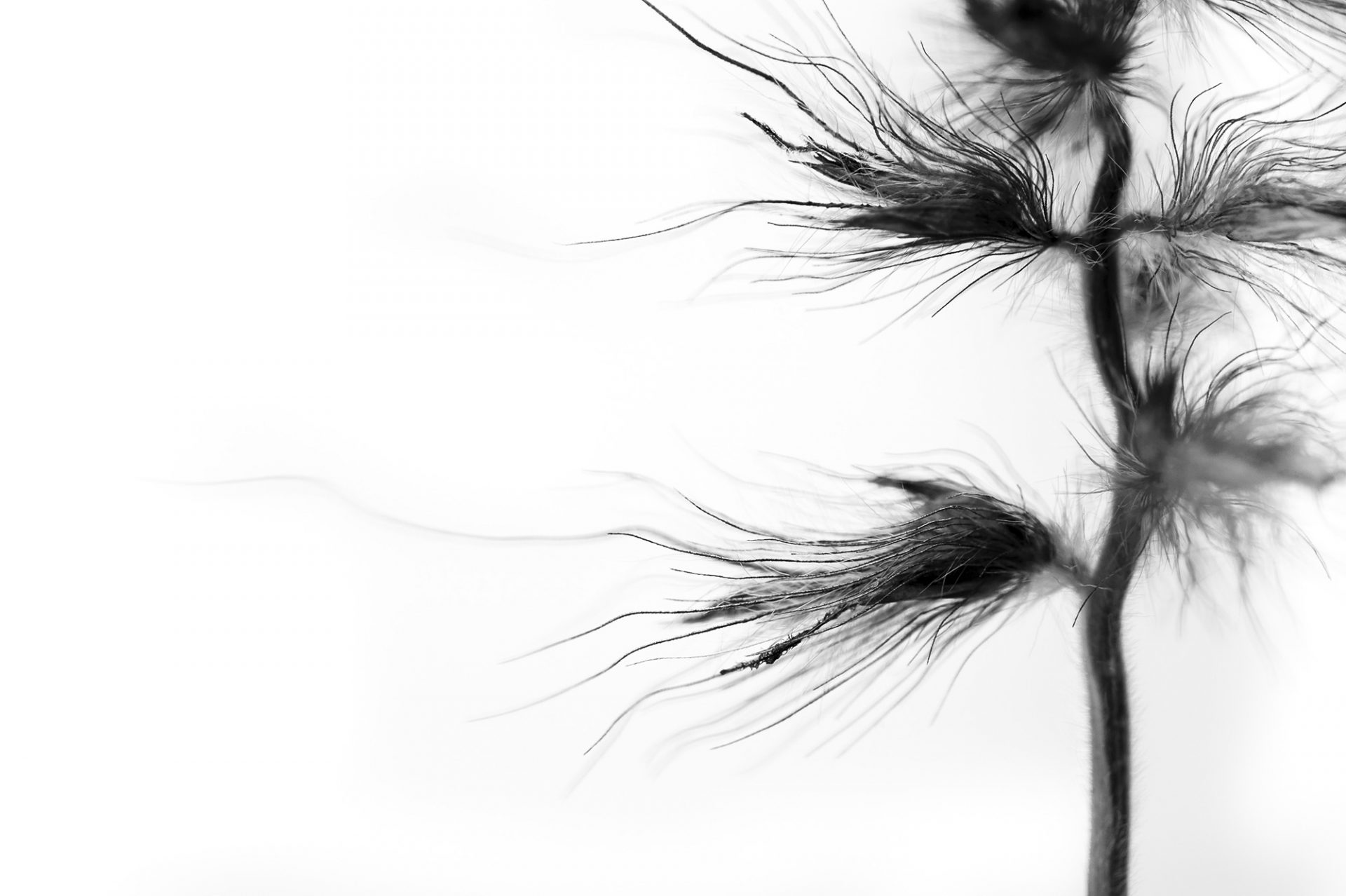 Why black and white photography has immense story telling value

Black and white has so much to offer the genre of garden photography. In fact, the thought process behind many black and white images reveals how photographers are encouraged to engage with subjects in a nuanced, emotional and somewhat deeper way, accessing a rich narrative of artistic story telling. But why?

Rachel Chappell helps us answer this as she talks us through her award-winning black and white photograph, from Competition 11.

What drew you to shoot this image in black and white?

I wanted to create an image which was distinctly minimalist but still had enough detail to be interesting. Although the image is all about movement with the long wavy lines I also wanted it to be calming and restful. I had been looking at the black and white landscape work of Cole Thompson and Michael Kenna. Both of these photographers use black and white quite expertly and are not afraid of using both true black and true white to dramatic effect.

How did you achieve the desired effect?

I am sure the day was not windy but looking through the lens close-up there appeared to be a small gale blowing! Also the part of the grass I was interested in was at the top of a very long and bendy stem. To ensure that I could compose the image as I wanted, and to have a range of aperture options open to me, I set up my camera and tripod indoors. The grass stem was clamped in an old clamp stand (remember those from science lessons?).  As I wanted a minimalist effect I placed a sheet of plain white card behind the grass. Ultimately I chose the mid aperture of f/9. Working at a close distance of around 6 inches this allowed me to have some sharp areas but also some softer edges. I often like the combination of hard and soft edges to tell a more rounded story and leave some work to the imagination.

Did you use any special equipment?

I do a lot of macro work and the lens I use most of the time is a 105mm macro lens. This allows me to get up close to the flowers and isolate the part of the flower which I am most interested in.

My best bit of ‘special’ equipment is a small 4 inch square of card wrapped in silver foil. I can hold this in one hand without creating too much draft as I reflect the light back onto the grass.

What plants do you think work best for black and white photography?

I feel that creating a black and white photograph allows the photographer more scope to tell a story. The removal of colour takes away a layer of realism which allows you to take a different approach and put emphasis on another aspect of the image. Flowers which photograph well in black and white tend to be those with definite features of shape, texture, lines. When working in black and white it is even more important to be aware of the light and composition as it will add to your story. If your story is about lines, as it was in this image, then the composition needs to be arranged so that lines really stand out.