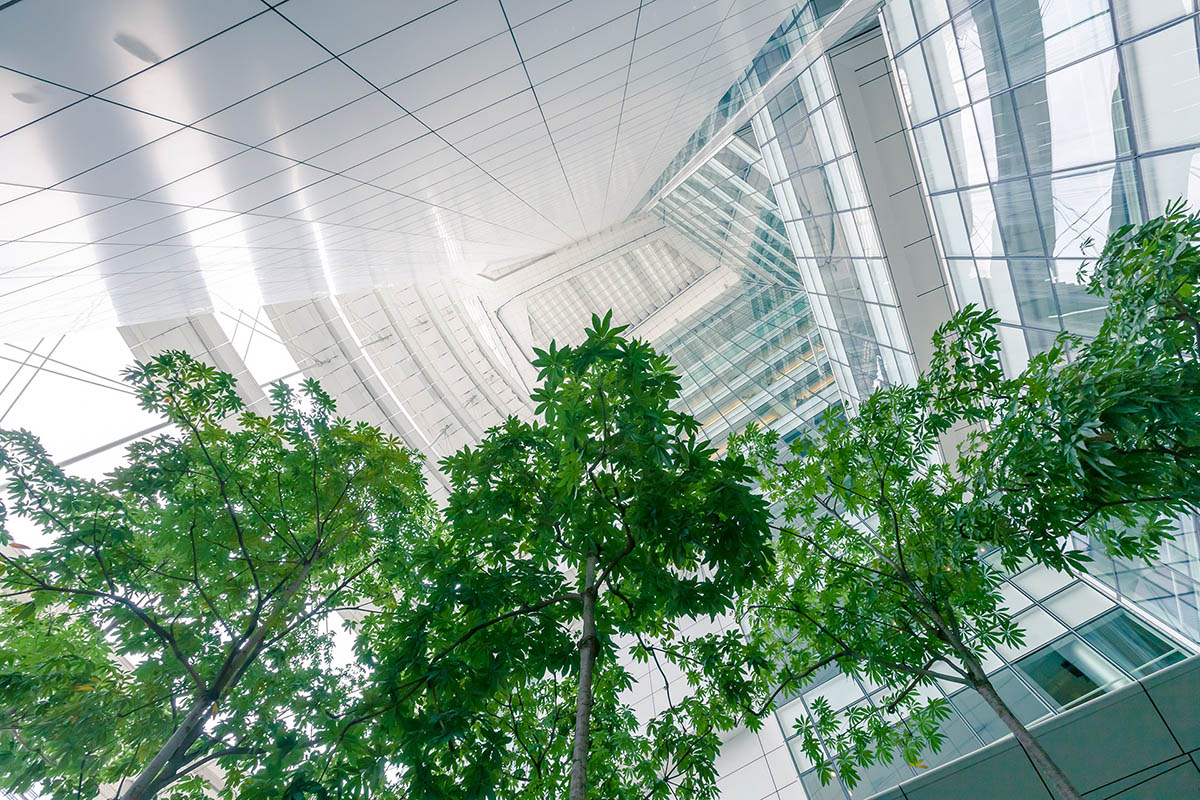 Despite being a highly urbanised city state, Singapore is also known worldwide as ‘The City in a Garden’. Having many green buildings is one of the key ways in which the city state achieves such a synergistic balance between nature and the built environment.

This shot was taken at the National Library Building, a notable green building which I like not only because of its splendid architecture, but also because it incorporates greenery from within its own tropical landscape gardens.