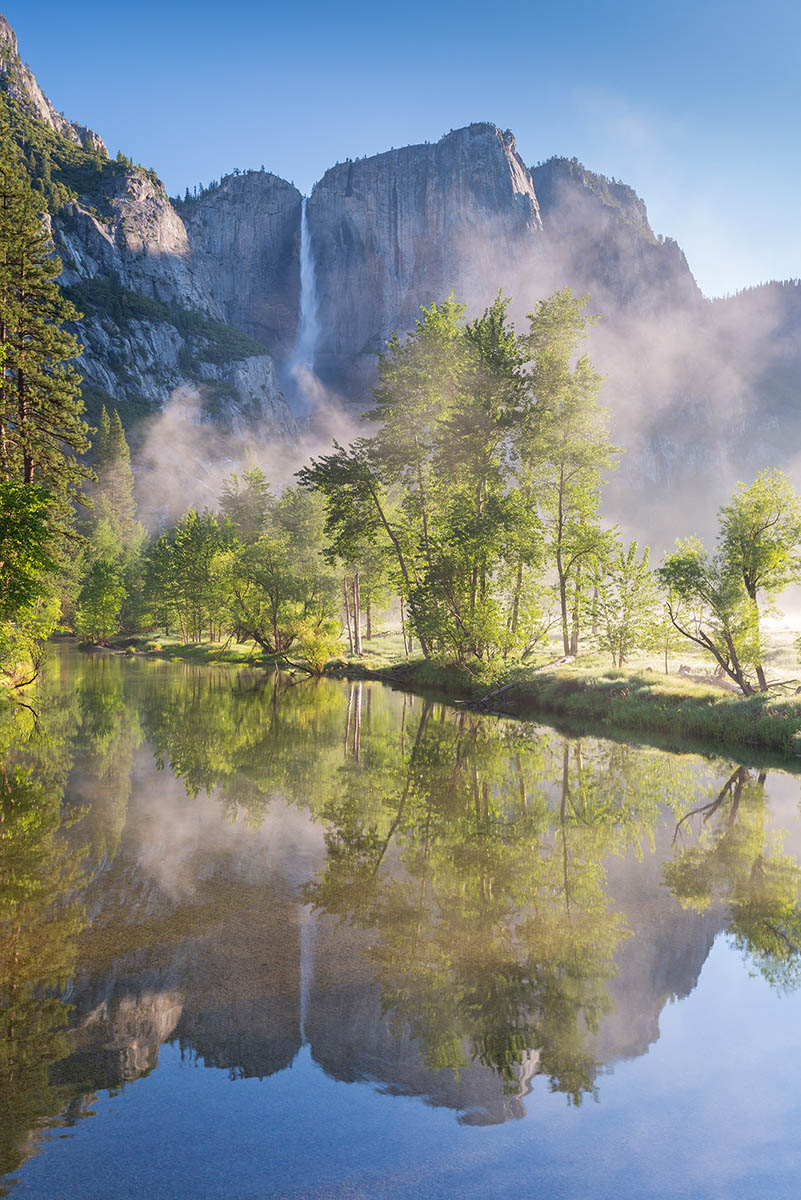 At almost 1500 feet the immense Upper Yosemite Falls is one of North America's highest waterfalls. Yet, with the ongoing Californian drought, I was worried that the waterfall would be totally dry by the time I visited it in June.

I shouldn't have been so concerned; although the waterfall was less powerful than during a typical spring, nevertheless it was flowing heavily enough to provide an awe inspiring backdrop to the breathtaking scenery of Yosemite Valley.