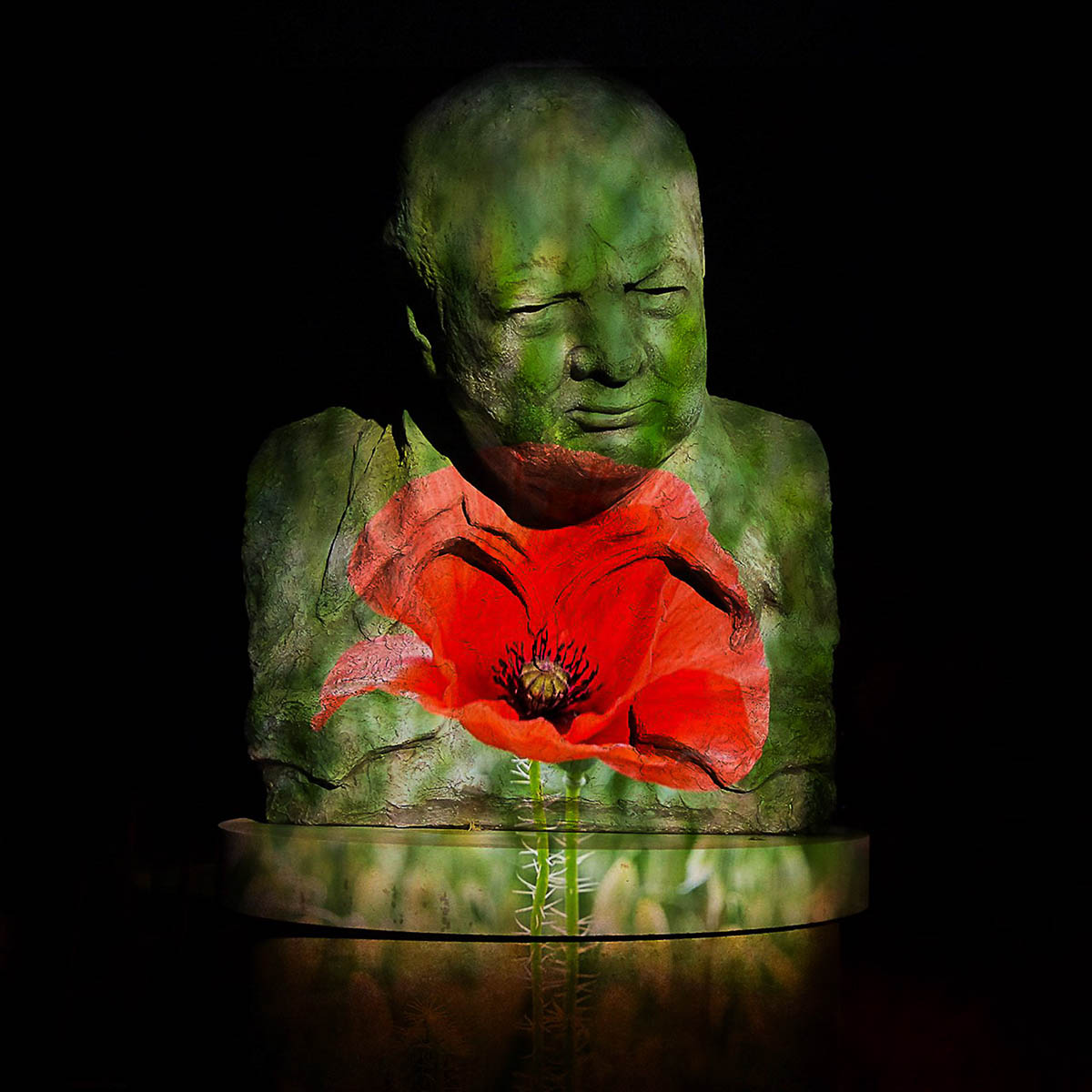 The original image of Sir Winston Churchill's statue was captured in 2018, the poppy effect was added later using a multi-layer editing technique. The image of the statue was taken at night, when it was well lit, being part of the Blenheim Christmas lights trail; whereas, the poppy image was edited to give a textured appearance and was overlaid on top to create the final composite photograph.

The photograph is intended to evoke feelings and emotions of remembrance and pride through Blenheim Palace's significance as the birthplace of Sir Winston Churchill and his integral role in the Allied Victory of WWII.