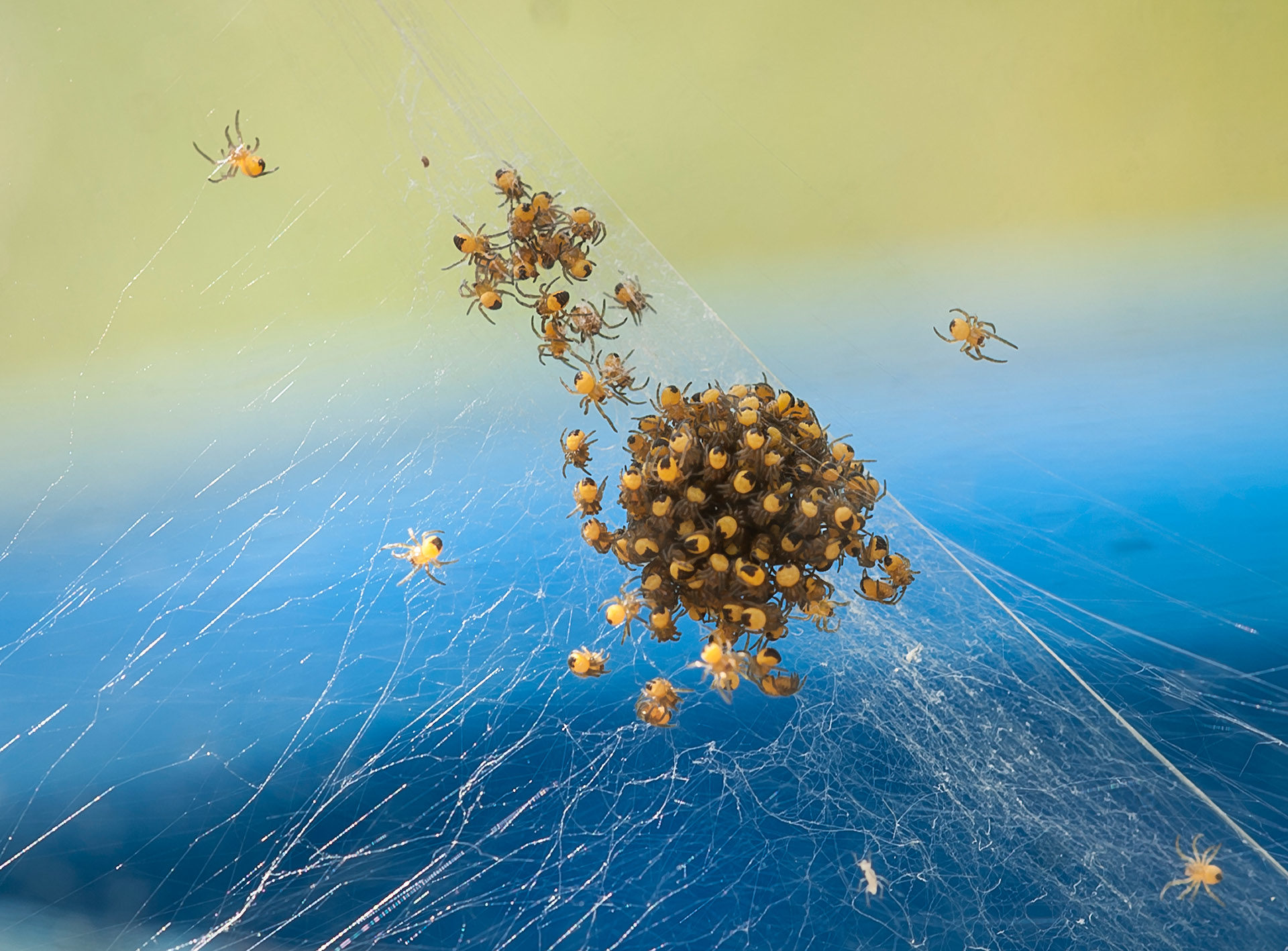 A mass of tiny orb-weaver spiderlings (presumably not long hatched), were congregated in a spherical colony floating in a web attached to the side of my greenhouse. These spiders were busily exploring the immediate environment and returning to the central colony. After a while they all dispersed. I was struck by the bands of blue and yellow which had a mysterious celestial quality, as if the spiders were orbiting some alien world.