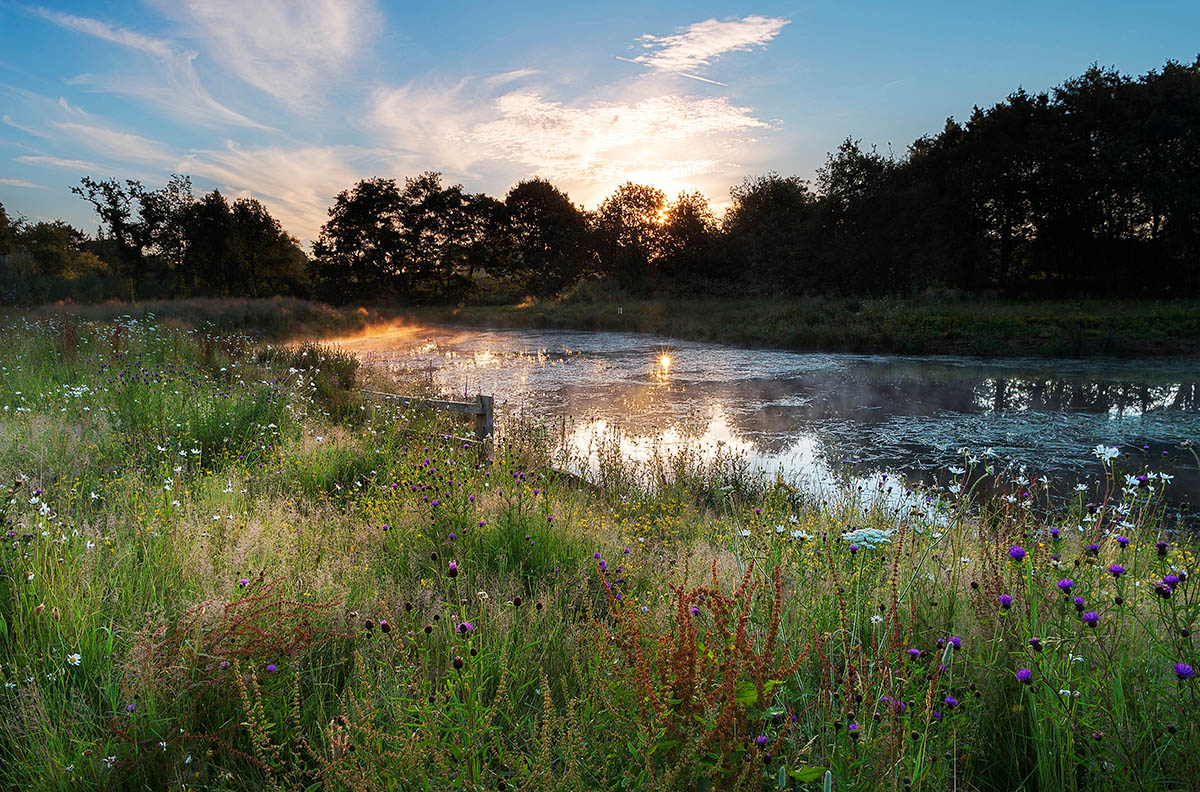 Coming To Life by Jenifer Bunnett

This exquisite wildflower haven is nestled within a heavily built up area of Woking. The water is Willow Pond; one of three in this area alongside Hoe Stream, a tributary of the River Wey, itself a tributary of the river Thames. The local council has been responsible for rejuvenating this area, with volunteers removing invasive weeds such as Himalayan balsam, allowing native species to flourish. On arrival we were thrilled with the unexpected beauty, the ponds and swathes of wild flowers. However the light was bright and uninteresting so I returned at dawn the following morning. It was lacklustre so I used the time noting details and went back again for the next morning’s dawn, the magic of which this time enhanced the landscape. I’ve seen Woking in a new light.