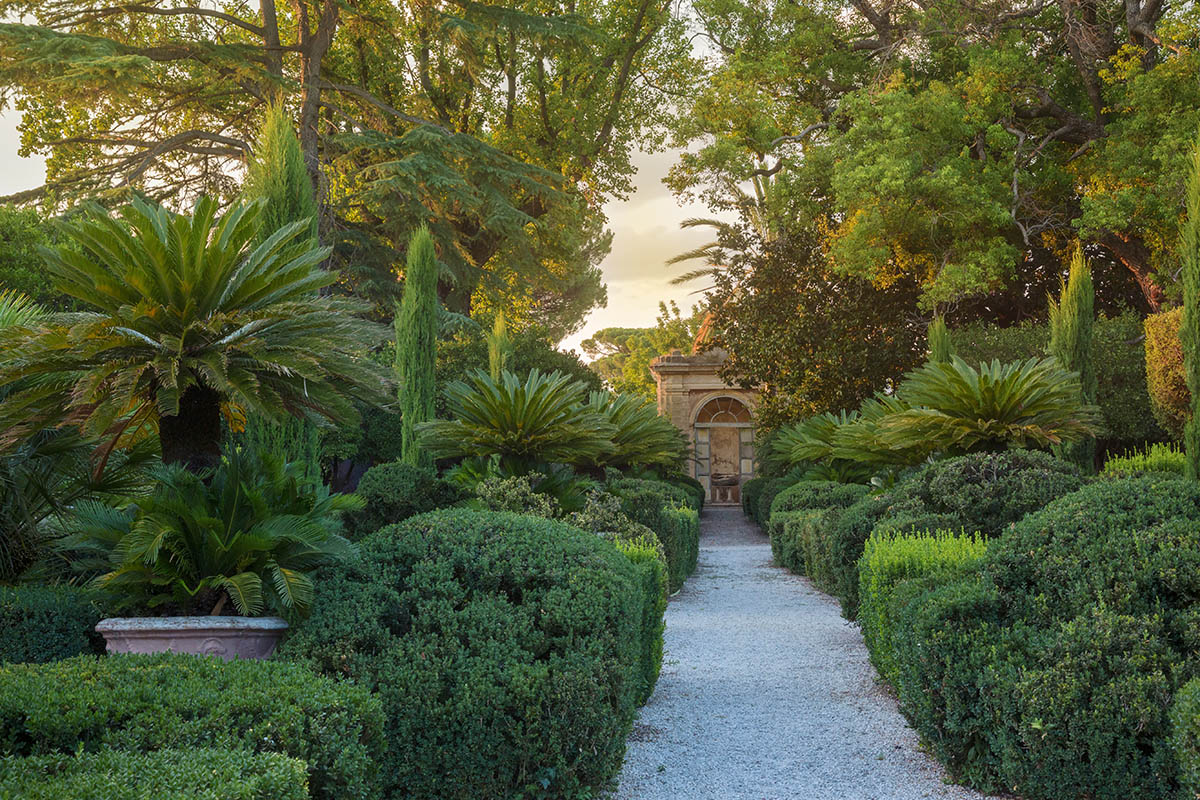 The gardens of the 18th century Villa Porfidia represent a mixture of different styles. Designed by Duchess Anna Maria Surdo Guevara according to the model of the Italian garden, it underwent some transformations over the years following the influence of Lady Emma Hamilton, then wife of the British Ambassador in Naples, William Hamilton.

The British romantic taste is reflected in the garden by the plantation of new tall trees such as giant camphor and tulip trees; the garden thus became an example of the combination of Italian geometric rigour and English informal style.